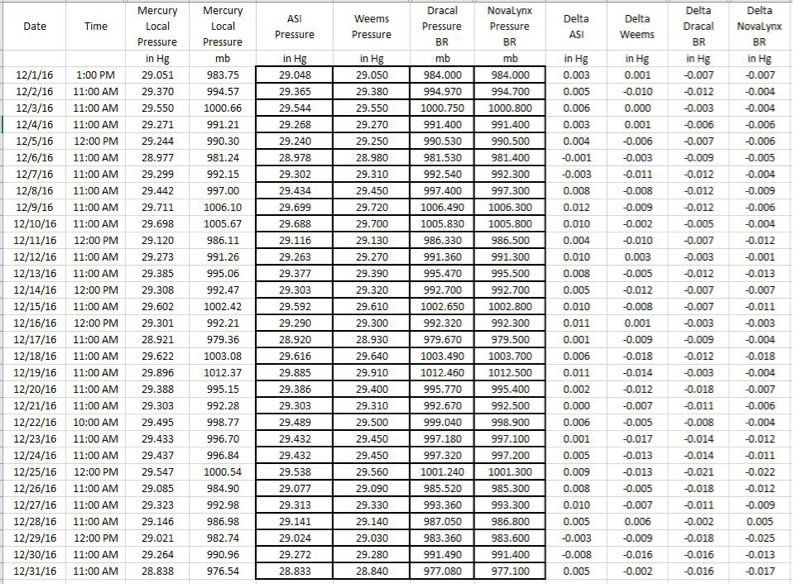 In general, the observed average error is less than the inaccuracy stated by the manufacturer. All of the barometers except the Dracal were 'calibrated' by entering offset pressure values into the firmware based on previous testing. The Dracal software does not allow entry of an offset for calibration, though this could be done through post-processing if the data is exported to a spreadsheet. All four of the barometers had similar standard deviations of the errors.

​The ASI barometer had the lowest average error, lowest standard deviation of errors, and significantly lower drift. It could have performed better, but the firmware only allows entering a calibration offset to 0.01 in Hg. An extra digital would have been useful. Here's what the ASI data looks like: 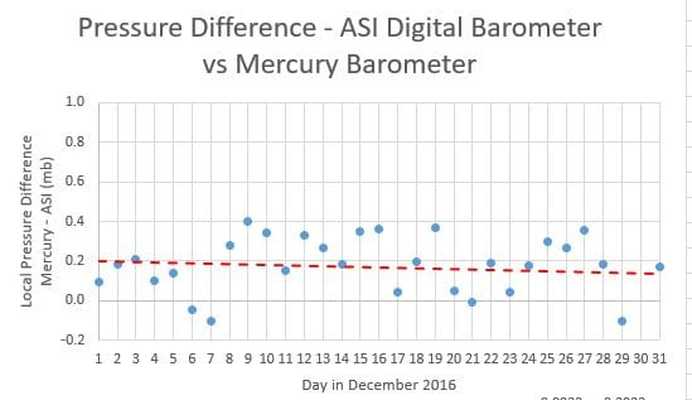 ​The Dracal USB barometer came in second, which is interesting considering it costs one-eighth of the price of the ASI instrument.  However the drift is significantly higher than for the ASI device.  The Dracal barometer has the disadvantage of requiring a computer to operate.  This can be an advantage if you want to datalog, though a restart of the computer stops the datalogging which must then be restarted to a new file.  This can be a problem if Windows auto-updates.  The Dracal error data is shown in the following plot: 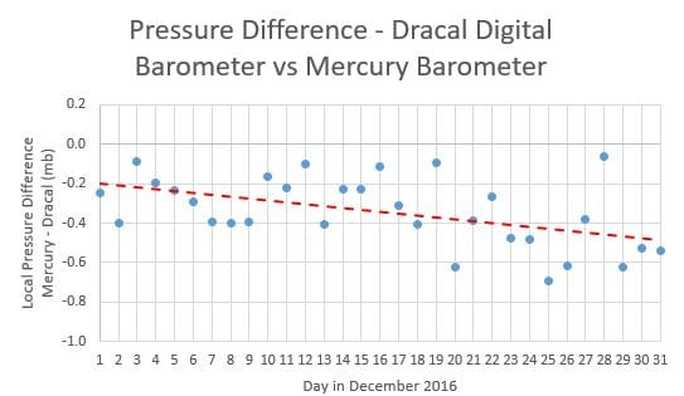 Comparison of these results with the aneroid barometer accuracy analysis found here shows that a top quality aneroid barometer has similar average accuracy when compared with these digital barometers, but that the ASI barometer shows a significantly lower drift.